Drives are always used for storage and can save your backup storage more securely than the built-in drive storage.  There is various Drives are available that you can use and compare the best one.

In this article, we will discuss SSD Storage and a few questions such as “What is SSD Storage,” types of SSD storage, and a lot more.  Read on.

What is SSD Storage?

SSD refers to Solid State-Drive is a new generation of storage devices used in computers. SSDs use flash-based memory to replace traditional mechanical hard discs, which is substantially faster. Older hard-disk storage technologies are slower, causing your computer to perform slower than it should. Because of its reduced read-access times and high throughputs, SSDs substantially speed up PCs.

As we can see that new solid-state drive works completely differently. They use a simple memory chip called NAND flash memory, which has no moving parts and near-instant access times.  The early experiment with SSD-like technology started in the 1950s, and by the 1970s and 1980s, they were being used in high-end supercomputers. However, the storage capacity was small (2MB-20MBs) compared to the ludicrous 5-digit prices.

In the early 1990s, hardware innovations caused SSD prices to drop. However, the lifespan and size were still an issue: An SSD has a lifespan of roughly 10 years.  It wouldn’t be until the late 2000s that SSDs would start to become more reliable and to provide decades of continuous usage at acceptable access speeds.

You can compare the memory chips on an SSD to random access memory (RAM). Instead of magnetic platter, files are saved on a grid of NAND flash cells.  Each grid can store between 256 KB and 4 MB.  In SSDs, there is no waiting for a read/write head to find the information it needs. SSD access times are thus measures in nanoseconds.

If we compare the SSDs to the Traditional drives, then we can see many SSDs on the outside look almost identical to a conventional hard drive.  This design allows the SSD drive to be put into a laptop or desktop computer in place of a hard drive.  To do this, it needs to have the same standard dimension as a 1.8-inch, 2.5-inch, or 3.5-inch hard drive. It also uses the common SATA Interfaces so that it can easily be placed into any PC as a hard drive would. There are several new form factors such as M2 that look more like a memory module.

Why Use an SSD

SSD drive has several advantages over magnetic hard drives.  First, the SSD doesn’t have moving parts. While a magnetic drive uses drive motors to spin the magnetic platters and the drive heads, all the storage on a solid-state drive is handled by flash memory chips.

SSD is a portable drive that provides complete reliability for data storage.  Hard drives platter are fragile and sensitive. Small jarring movements from a short drop can break the drive. Since the SSD stores its data in memory chips, there are fewer moving parts to be changed in an impact. While, mechanically, SSD drives are better, these have a limited lifespan.

Solid-State drives started with high-performance technology areas and in enthusiasts’ PCs, where the drives’ extremely low access times and high throughput justified the higher cost. But they have since become an accepted option in lower-cost mainstream laptops and PCs.

SSD have benefits in different areas:

For Business– Companies used SSD to store a large amount of data such as programming environments or data analysis.

For Gaming– Gaming computers have always pressed the limits of current computing technology, justifying relatively expensive equipment for the benefits of gaming performance.  That is true for storage, as modern blockbuster games constantly load and write files.

For Personal– Personal uses have not one definition to define but SSD is also creating the utility to store the personal data.

For Mobility– As we know, SSD has low power requirements, thus contributing to better battery life in laptops and tablets. SSDs are also shock resistant, which reduces the chances of data loss when mobile devices are dropped.

For Severs– Enterprises servers need SSDs to get fast reads and write in order to properly serve their client PCs.

In nowadays, all coming laptops have an SSD, PCIe, NVMe, SATA, and M.2. You may encounter all these terms when looking at the SSD specification of a laptop. Let’s move forward and know it better, the difference and what to keep in mind while purchasing a laptop.

SATA SSDs are the original generation of solid-state drives. They can read data at a rate of up to 570 megabytes per second. These first-generation SSDs are typically 5 times faster than standard hard disc drives. A 2.5-inch SSD is the most prevalent SATA type in laptops. These SSDs allow you to boot up your laptop in under 15 seconds and load huge games in seconds.

NVMe is a protocol that enables you to achieve significantly faster speeds than a SATA SSD. This means that an NVMe SSD can read data at a rate of 2600MB/s. That’s nearly 5 times the speed of a SATA drive! Do you frequently use huge zip files? If so, a laptop with NVMe M.2 is recommended.

The M.2 connector makes sure an SSD reaches higher read and write speeds. This all means an NVMe SSD can be used optimally and reach speeds of over 2600MB/s.

Video cards on the motherboard can also be connected by a PCIe connector.  When an NVMe SSD is connected to this, it is equipped with the maximum bandwidth and can get the maximum speed from an NVMe SSD.

What to Keep In Mind While Purchasing a laptop

A SATA SSD is more than enough for everyday use and gaming. You get the most GB for your cash with a SATA drive. Do you want the best of the best or do you have a lot of files to work with? If that’s the case, an NVMe SSD is a good choice, and you should think about how you’ll utilize the laptop.

Hey guys! This was the guide about “What is SSD Storage.”   With this guide, I hope you’ve understood the most information about SSD storage and can make a better decision for your storage issues. One thing you would have noticed is that SSDs cost roughly three times or more than a traditional hard drive for the same storage capacity. So, before making a choice makes sure to think.

In case, the cost is becoming an issue for your storage problems, visit Capebera.com for online storage issues. Its cloud-based storage and completely free to use.

Hope you find this article helpful and informative. If you’ve any queries regarding this article, please let us know in the comment section.  We would be glad to answer you!

We are a Team of content writer, editor and tech consultant, who play and live in Capebera. We love technology and passionate about making it work for you. 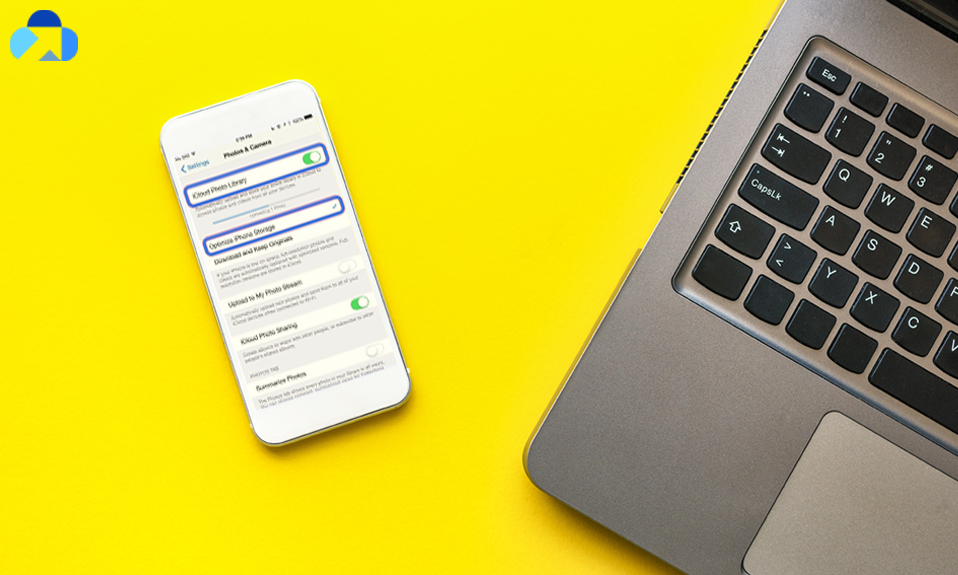 How to optimize iPhone Storage 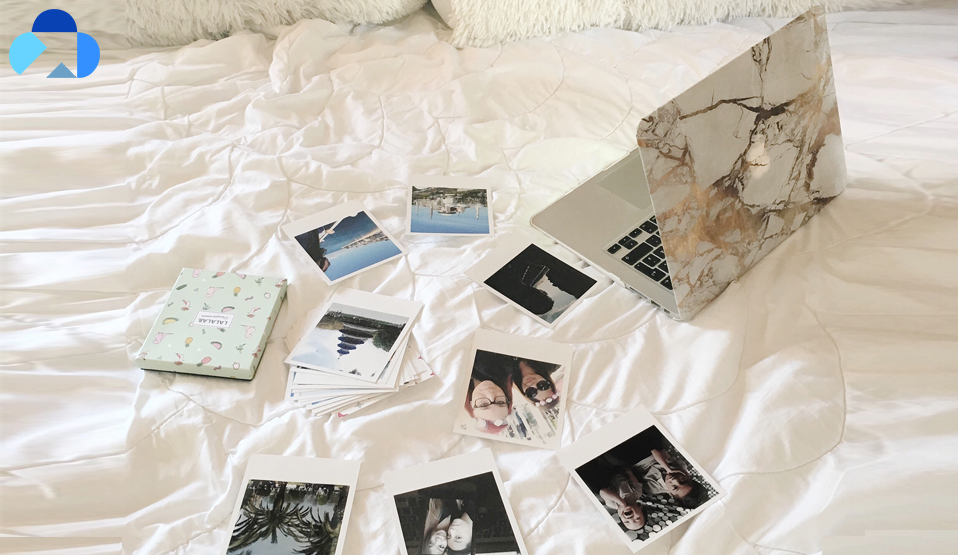 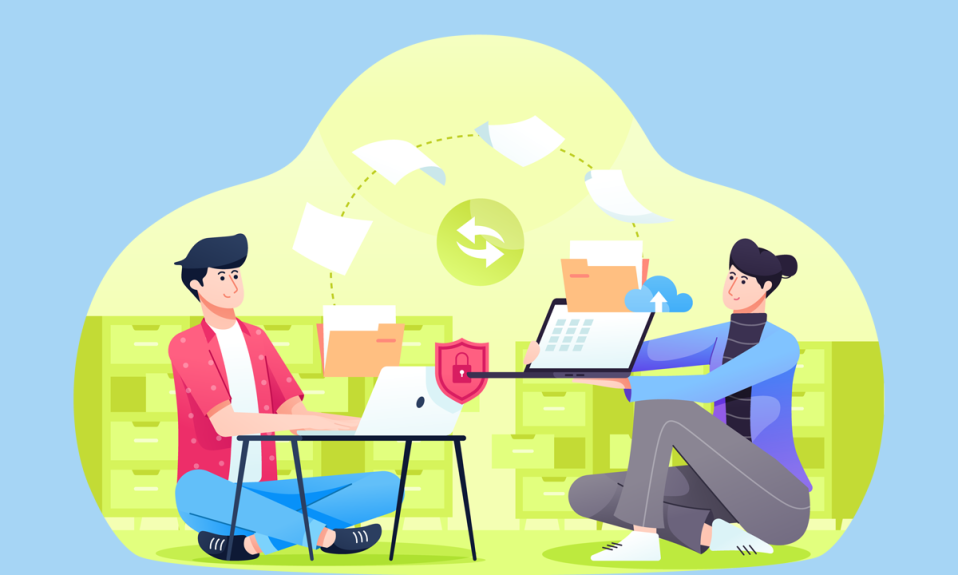 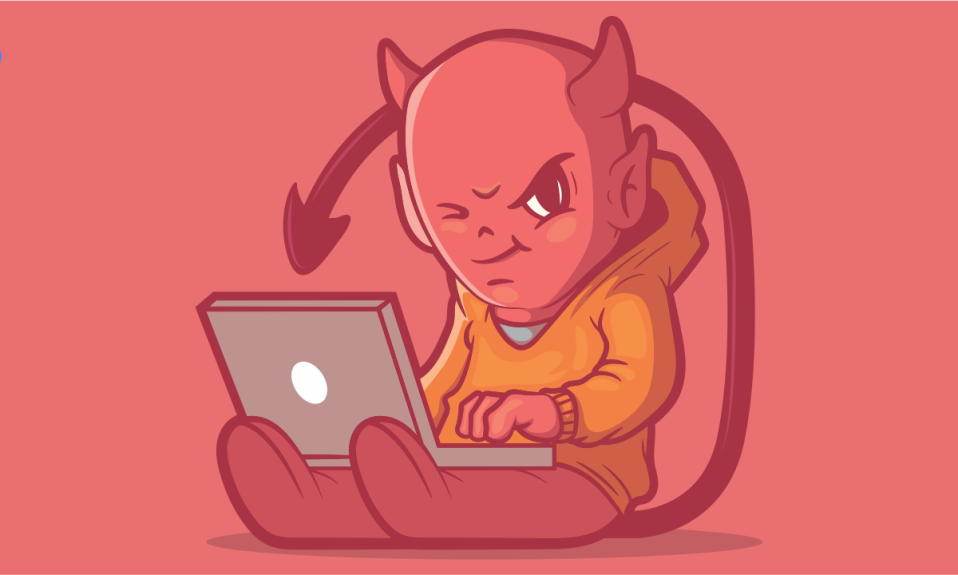 How to Delete iCloud Storage 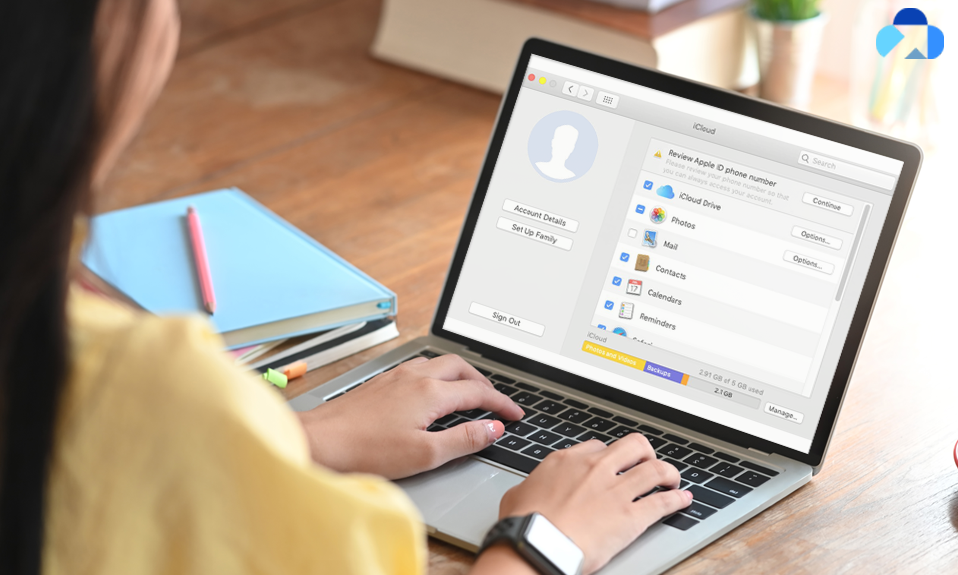 How to Delete Photos from iCloud Storage 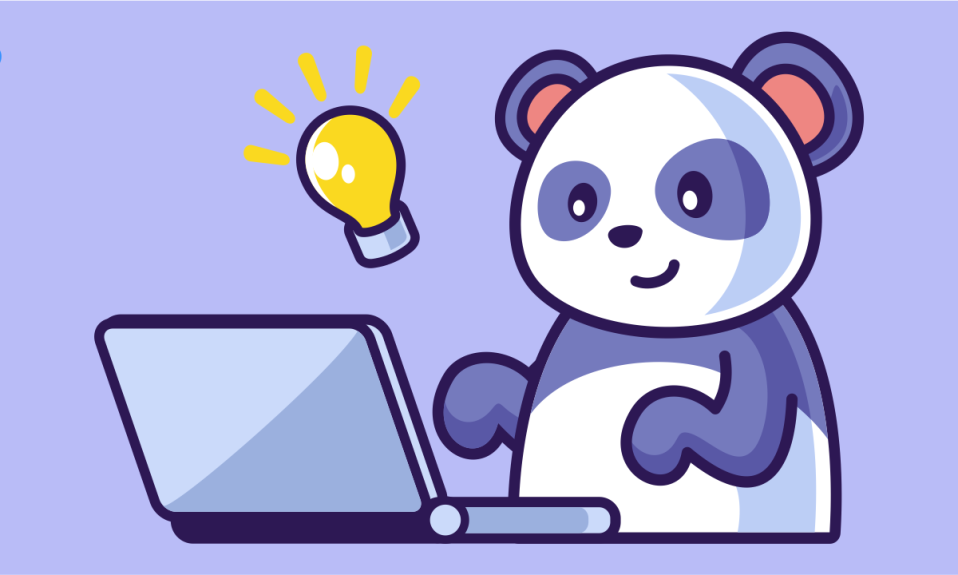 How to Backup Windows 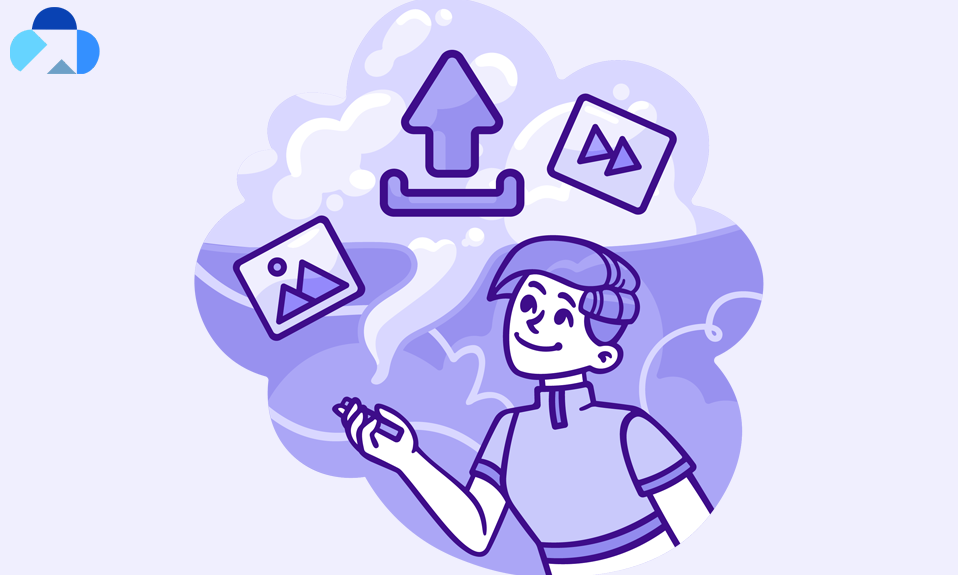 What is the Best Cloud Storage? 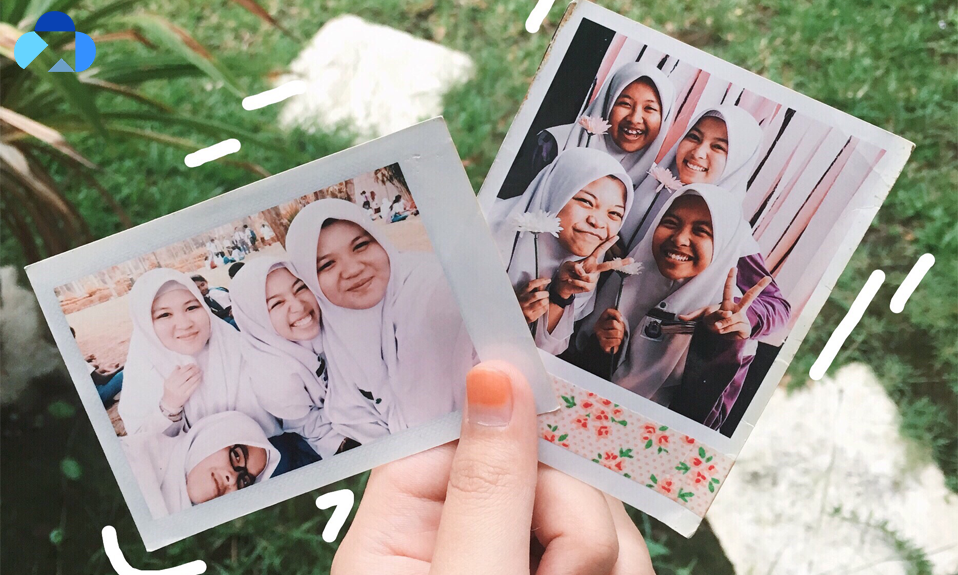 How to Save Your Memories 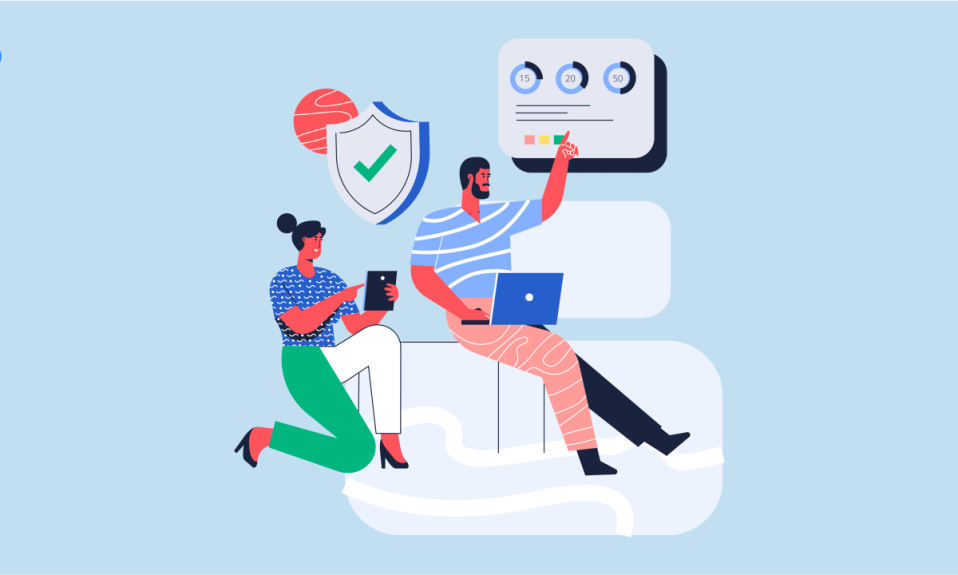 What is Cloud Storage? 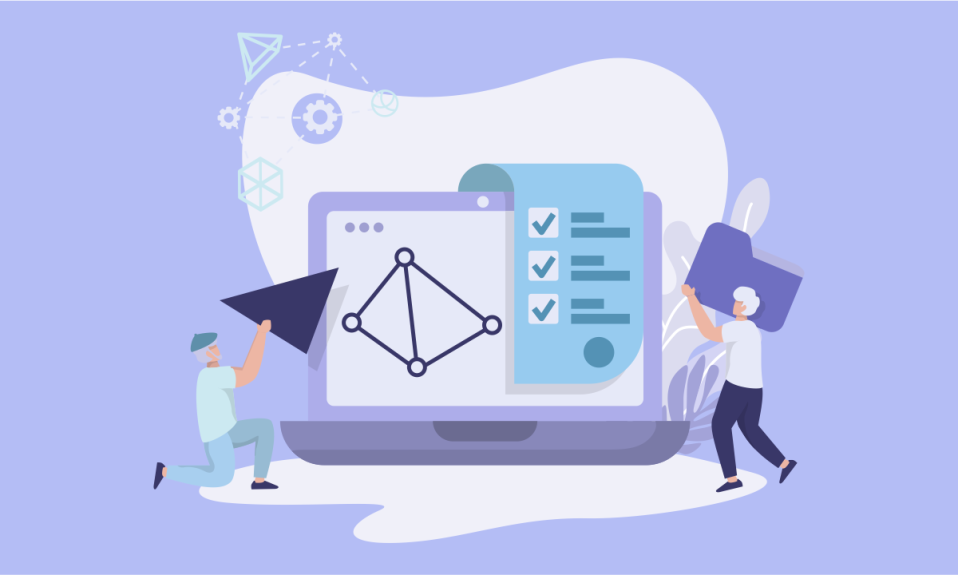